Most people tend to confuse sea lions with their distant relatives: seals. Although they may seem similar at first sight, we are going to explain what the most significant differences are between these magnificent marine animals.

First of all, they do have a certain degree of kinship, because they both belong to the same superfamily: Pinnipedia. Within this, sea lions are identified with the Otariidae family, while seals are known as Phocidae. There are 19 species of seals, and only 7 species of sea lions.

Our nature park has two species of seals: the grey seal and the harbour seal. The species of sea lions you will see at Mundomar are: California sea lion and the South American sea lion

Both seals and sea lions are very intelligent animals and learn quickly. Want to try and teach them a few tricks? now Mundomar gives you the chance to be a seal, sea lion and dolphin trainer for a day. 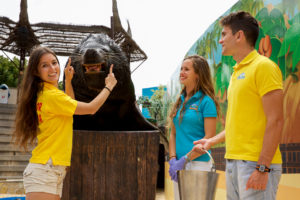 Although they have many things in common, there are some big differences:

Weight: An adult seal will only reach 100 kg, while a sea lion can weigh up to 300 kg as an adult. The male sea lion has a greater weight difference with the female, compared to the difference in weight between the two sexes of seals.
Diet: Both animals have a similar diet, although with small nuances. Their carnivorous diet includes certain species of fish, and some molluscs, such as squid and octopus. But sea lions do not usually eat crustaceans, and seals do include them in their diet.
Pups: Seal pups are born white. Thanks to this colour they manage to camouflage themselves with the snow to protect themselves from some predators. When they grow they change their colour to a greyish tone and may have some spots. In addition, the belly area is lighter in colour than the rest of the body. In contrast, sea lion pups are born with a dark brown coat and this shade changes a little when they reach adulthood.

Appearance: Sea lions have their hind flippers wide apart, which allows them to lean on them; they can also move them to walk. Their front legs are large and articulated, which makes it easy for them to walk on the ground, and they may even run. For this reason, sea lions spend more time out of the water than seals. On the other hand, seals have their hind legs directed backwards, forming a flipper, while their front flippers are short and unarticulated. Their great advantage is that they can swim very quickly and easily. On the other hand, on the ground they can only move by crawling or sliding. So, if a sea lion were to race through the water against a seal, the clear winner would be the seal. But if the same race were held on land, the sea lion would win. 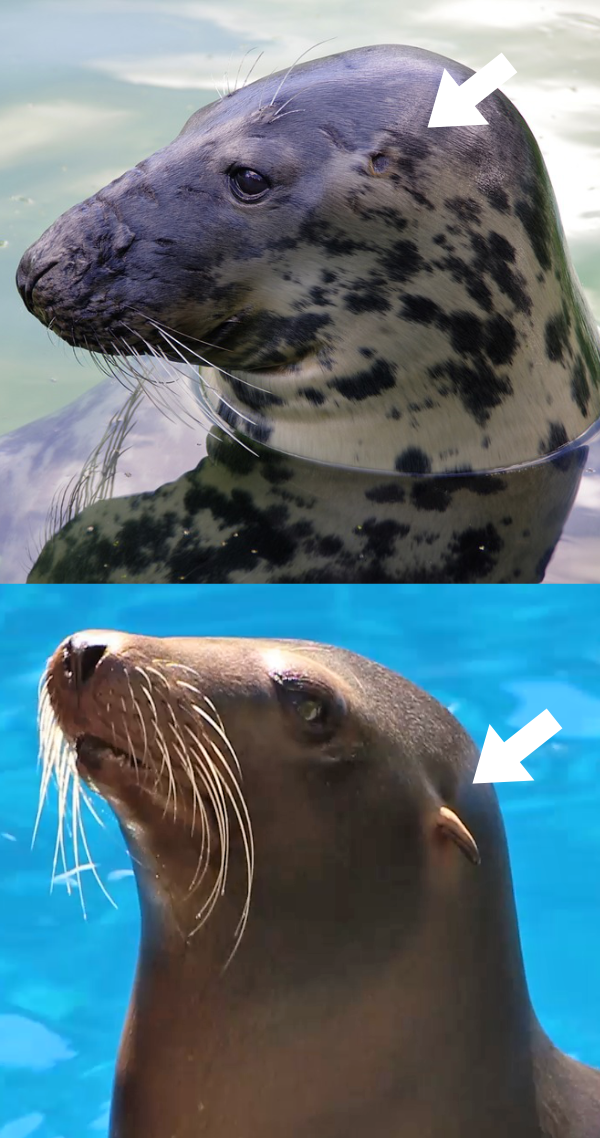 Other differences that we found in the appearance of these animals are: that the seals do not have ears as such, while the sea lions have them. In addition, the sea lion has much larger whiskers and its snout is more elongated than that of the seal.

Other characteristics: Male sea lions compete for territory and females. Each sea lion can mate with 15 females, in exchange for protecting them; this grouping of females is usually known as a harem. They usually mate on land in the months of May and June. Each of the females has only one offspring. There are also freshwater seals.

When the seals are on land, they can gather in groups of more than a thousand to live in a large colony.

Now you know a little more about seals and sea lions. But if you want to see them up close and learn lots of new things about these marine animals, visit them in Mundomar!

Do you want to know everything about this experience?

Download now the complete file of this experience and know all the details. 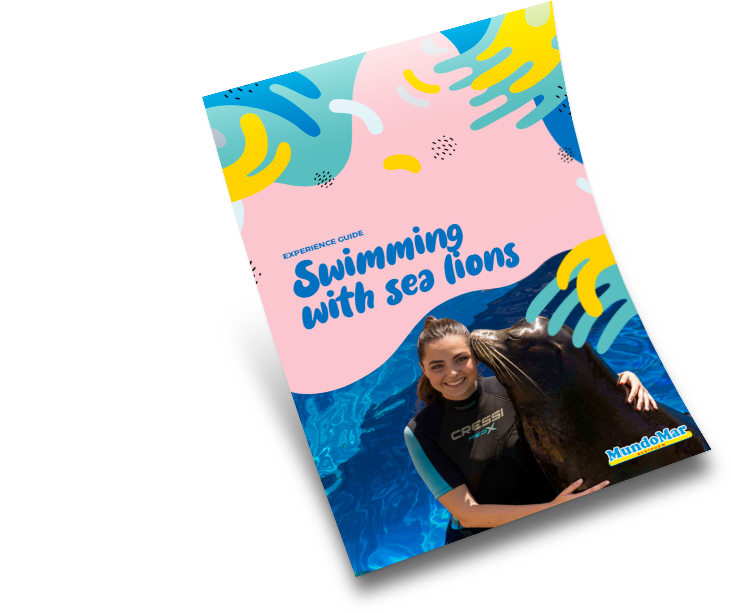